Meetings with Local Authorities in Malaysia, Indonesia and Vietnam

The IUC project coordinated with the EU Delegations in the above mentioned Asian countries working meetings with national and local authorities as well as with non-government institutions regarding the implementation of national covenants of mayors.

Activities included participation at the Urban Environmental Agreements Summit held in Melaka (Malaysia) on 7 – 8 September 2017. The IUC team had the chance to introduce the programme and to liaise with many local decision-makers, including potential supporters and coordinators.

The Urban Environmental Accords (UEA) is an international collaborative organization working to develop the Urban Environmental Evaluation Index together with UNEP, and apply it to cities worldwide. The UEA comprises 156 Cities in 52 Countries (October 2017). Through its Gwangju-based secretariat, the UAE promotes the sharing of best practices and technological know-how, as well as environmental-friendly policies for the creation of low-carbon green cities. The UEA also supports cities in developing countries which are vulnerable to the threat of climate change and less equipped to deal with it. Further information here.

The Chief Minister Level from Melaka – Idris Haron – invited IUC’s team leader to a steering committee meeting of the UEA with other cities from Malaysia, Korea, and the Philippines in order to introduce the Global Covenant project. Mr Haron showed interest in joining the IUC global event in Brussels in Nov 9th. Later in the evening, the Minister organised an Urban Walk with about 1.000 citizens – this was also attended by Jukka Lintusaari, Smarty City coordinator in Tampere, Finland.

Melaka is a champion on climate action, having a plan in place and many activities, including a Green Award, Eco-Schools, a UNIDO / Word Bank-supported Sustainable City Development, an energy performance certificate to control energy consumption, a LED lampposts project, a smart bike-sharing system, storm-water run-off prevention, etc. The Green (Climate) Action Plan originates in a 2014 project of the ADB (the first in the region).

Melaka has also have a Rockefeller-founded resilient officer (one of 100 resilient cities programme). Also, There is existing cooperation between Eindhoven University of Technology and the Melaka Green Technology Corporation (http://www.melakagreentech.gov.my/). The Dutch delegation visited Melaka in July 2017 (http://english.astroawani.com/malaysia-news/cooperate-make-melaka-green-technology-state-2020-cm-154562).

During the meeting, the IUC team also invited representatives from South Korea to join the Global IUC event in Brussels on 10. November 2017. Meetings were also held with ICLEI SEA and the League of Philippine Cities, which proposed to join the IUC programme. 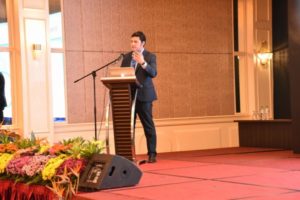 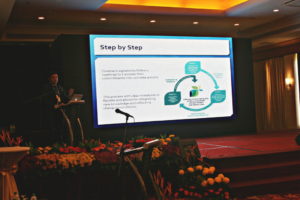 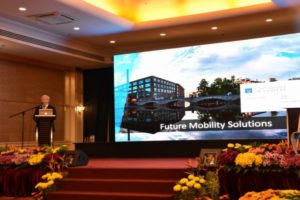 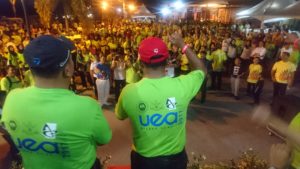 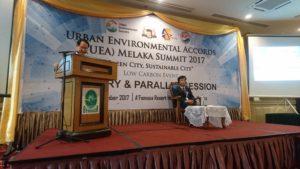 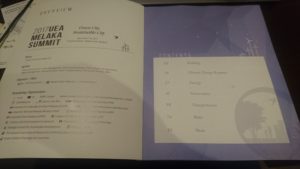