Coordinated by the Metropolitan City of Bologna and by Guangzhou Development District (GDD), stakeholders from both sides discussed potential cooperation on industrial design. At the core of the online exchange was Bologna’s interest in promoting the internationalisation of the creative cluster of Reggio Emilia (CLUST-ER) and the University of Bologna’s industrial design areas. Marino Cavallo, Head for Research Innovation and Management of EU Projects at Bologna Metropolitan City, introduced the triple-helix collaboration between the metropolitan authority, the University of Bologna, and the cluster, and referred to a newly launched cooperation with Nanjing within the IUC project.

Andreas Sicklinger, Professor for Industrial Design at Bologna University (UNIBO) and Head of International Relations at UNIBO’s Advance Design Unit (ADU), introduced the unique richness of Emilia Romana on industrial design and the close cooperation with companies and research partners in one of Europe’s most important regions in the manufacturing sector. The University of Bologna is the world’s oldest university and has over 86.500 students, giving to Bologna a campus-character. The ADU has a multidisciplinary team focusing on design to foster social innovation, training local enterprises/governments, and teaching bachelor and master’s degrees. The ADU is open to cooperate with Guangzhou through online academic activities as well as through onsite cooperation.

Massimo Garuti from the CREATE Cluster of Emilia Romana explained the importance of the cultural and creative industries for Emilia Romana, including fashion, design systems, cultural heritage, tourism, events and urban reactivation. The cluster has fastly developed and includes now 76 members from the public and private sectors. Cooperation with the regional and metropolitan sectors happens through research programmes as well as through consultancy services.  CREATE – which already signed an MoU with Nanjing in June 2019 – expressed strong interest in cooperating with Guangzhou, especially within the Science City area.

Elena Vai, Project Manager of the Research Centre for the Interaction with the Creative and Cultural industries (CRICC) explained the main tasks in the collaboration between the University of Bologna and the CREATE cluster, including research, training and platform-building. CRICC, which has just been launched in December 2019, is currently mapping resources and setting the centre, including international cooperation. CRICC showed interest in creating courses and services for product design in Guangzhou as well as in matching local companies with Bologna’s designers.

Fanic Zeng and Judith from Global Start at Guangzhou Development District (GDD) introduced the main features of the district, including the main industrial areas and the main incubation/acceleration areas. They focused on the cooperation with Bologna in the training for a few industrial sectors, including automotive. They offered to cooperate in the further development of GDD’s Science City, an area which includes several higher education institutions. With support of the IUC team, GDD will share a one-page concept paper for industrial design cooperation, based on which Bologna shall respond with targeted measures. 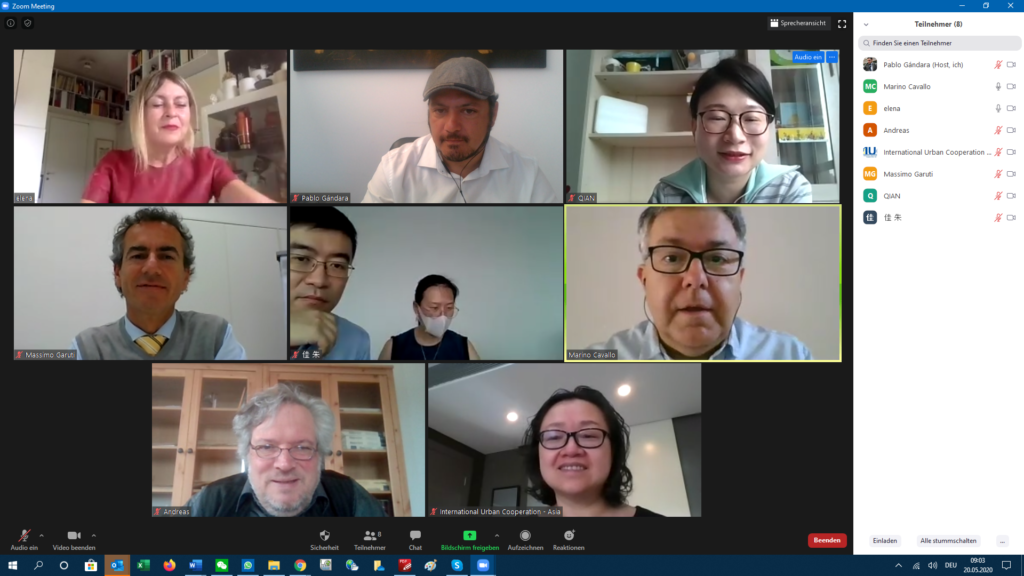 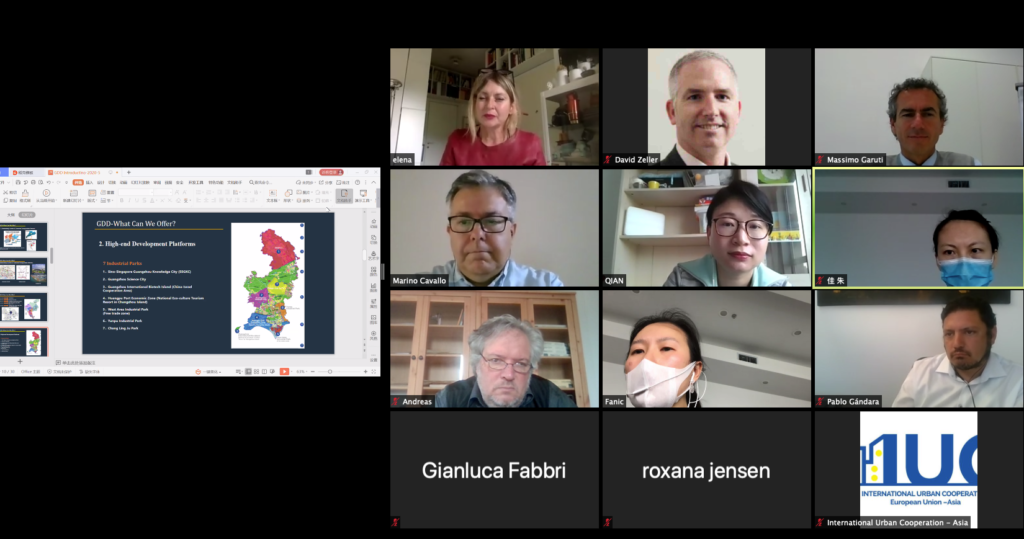