Following the EU cities’ missions to Liuzhou in June and September 2019, as well as Liuzhou visits to EU pilot cities, experts from both sides held today a virtual meeting to focus on Liudong New District as the pilot zone for EU-Liuzhou regional cooperation within the IUC framework. The interactive session focused on concrete projects proposed by stakeholders from Liudong, which had been invited by Liuzhou’s Development and Reform Commission (DRC). Projects included:

The meeting was attended by over 20 experts, including DRC’s Section Chief of Institutional Reform Mr. Wenneng WU, Liudong’s Executive Deputy Director Mr. Duliang LIU, and Liuzhou’s Foreign Affairs Office Deputy Director Ms. Jialei ZHANG. The encounter included representatives from several city departments as well as from industry and research. Liuzhou expressed the will to support a study project focusing on best practices from EU pilot cities and ways for cooperation with Liuzhou stakeholders. From the European side, the meeting was supported by Dr. Ronald Hall, Senior Advisor to the EU Commission (DG REGIO) as well as by the IUC experts team. 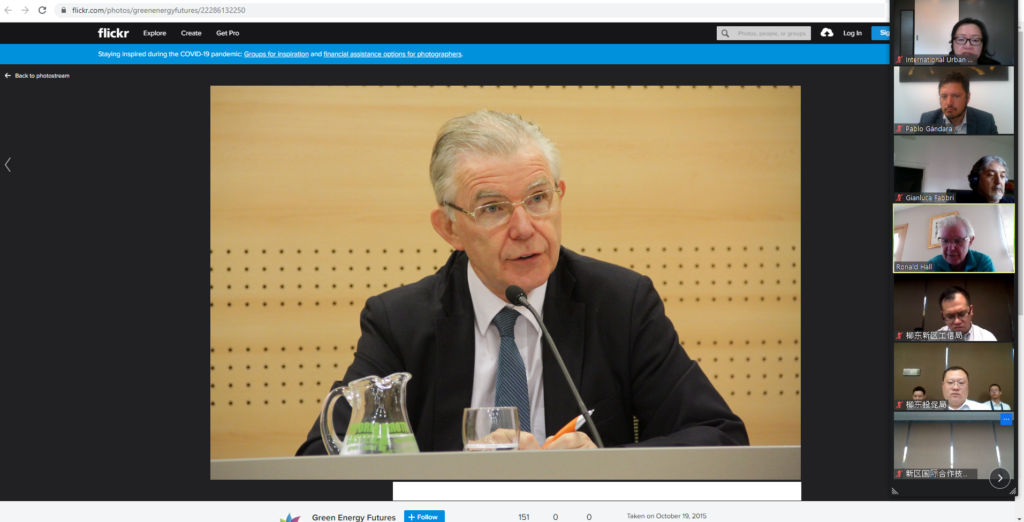 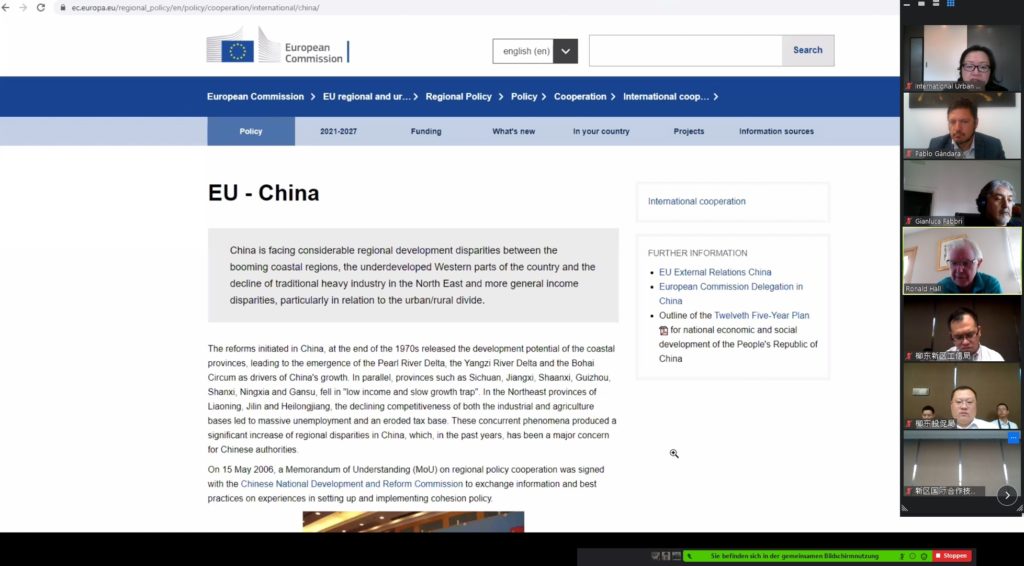 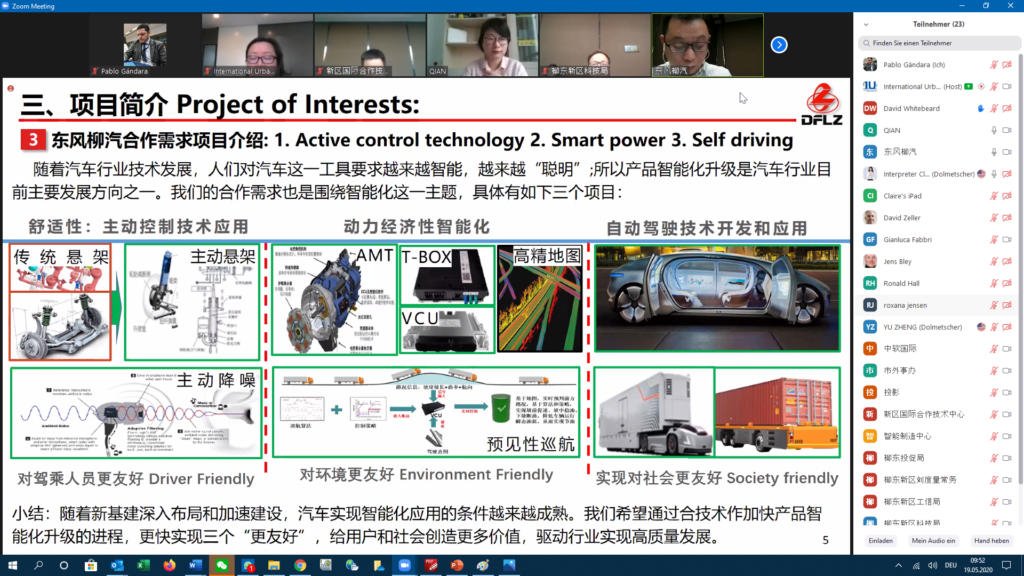 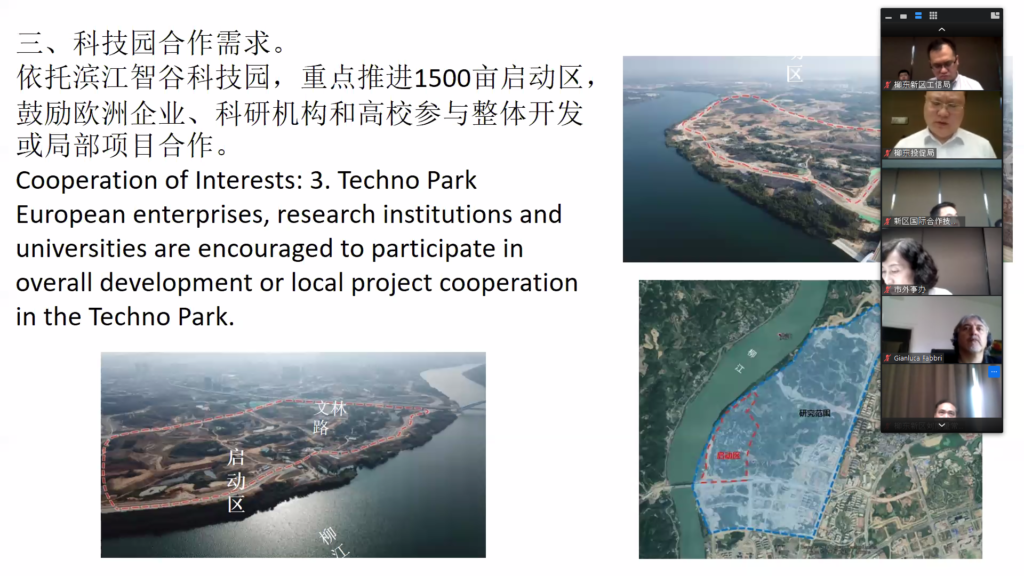 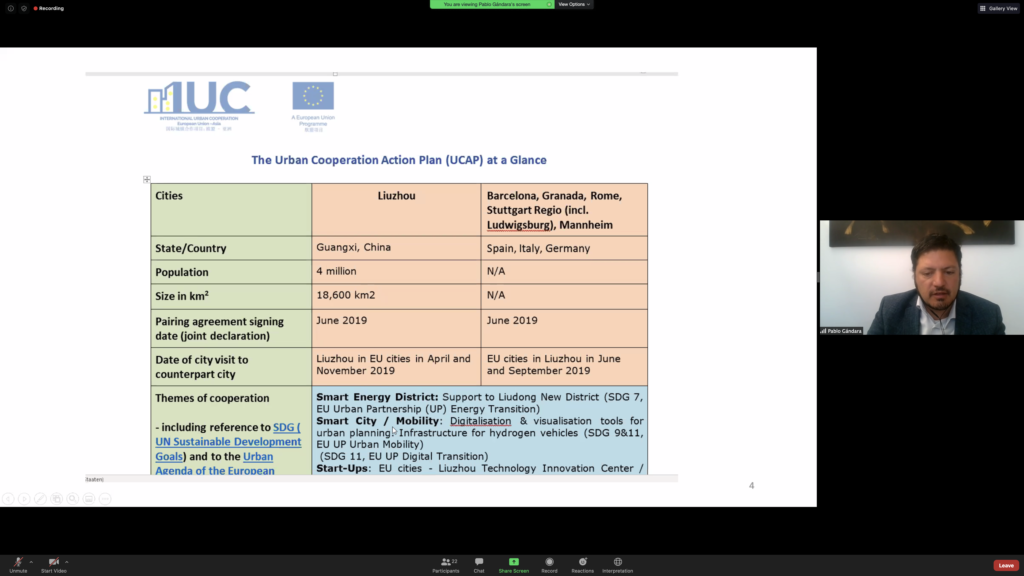