Over 60 experts from Penang in Malaysia and Europe participated in today’s online Stakeholder Consultation on Circular Cities. The event was opened by Penang’s Chief Minister Mr. Chow Kon Yeow, who focused on exploring steps for cooperation with EU cities to contribute towards a greener circular economy in Malaysia. Mr. Chow, who is also chairman of Penang Green Council, explained that Penang has taken the lead to launch the ‘No Free Plastic Bag Day’ since 2009 as well as banning straw by default since 2019 and banning the use of Styrofoam (as the first state in Malaysia). These initiatives aimed to reduce plastic wastes sent to the landfill. He also mentioned that Penang achieved the highest recycling rate in Malaysia at 46.61% in 2019 and will strive to improve further especially when it concerns the segregation of waste at source policy. Chief Minister Chow expressed his hope for Penang’s State cooperation with counterparts in the EU in specific areas including innovation and business opportunities. The meeting was moderated by Ms. Jacqueline Chang, Circular Economy Consultant, IUC Asia.

After the opening by Mr. Chow, Pablo Gándara and Raul Daussa from the IUC team introduced the project as well as the possible pilot projects cooperation between Penang and European counterparts.

Mr. Boyd Jouman, Lead of Resilient Environment layout the overview of circular economy initiatives in Iskandar, Malaysia. He fully realized challenges ahead would be demanding, but he is excited for Malaysia to exchange knowledge & explore options.

The importance of the circular economy roadmap in addressing the five challenges, especially Single-Use Plastics (SUP), was further emphasized by Mr. YBhg. Dato’ Sr Hj. Rozali b. Hj. Mohamud, Mayor for Seberang Perai City Council (MBSP). He explained the initiatives MPSB made to banish SUP. For example, MBSP has launched a program called Recycle for Life: adopting the concept of e-wallet, people can exchange collected recyclable waste for a sum of money, deposited in a smart card.

Mr. Tuan Haji Mubarak bin Junus, Director of Management Services Department for Penang Island City Council (MBPP), explained the government’s efforts in gradually transforming the city into a circular model. One of the most remarkable ones is the Food Waste to Energy project.

Belgium based Mr. Surendra Patawari shared his insights on “Plastic Waste Management: Analysis of the Current Status to Set up and After-use Plastic Strategy”. Mr Patawari is one of the Board of Directors of the Alliance to End Plastic Waste (AEPW) and his company is a participant of the New Plastics Economy, the Ellen Macarthur Foundation, and the Global Plastic Action Partnership (GPAP). He is an active contributor to the European Parliament on policymaking related to the European & Indian recycling industry, and a key speaker at the World Economic Forum and various industry conferences.

Ms. Michelle Lynch, Principal Officer for Sustainable Consumption and Production (SCP) from Greater Manchester (GM) Combined Authority explained how GM is aiming for zero waste, their values, and how they work closely with local authorities to increase recycling, re-use and waste prevention with their residents.

Ms. Lena Kampe, Advisor to the EU project ‘Rethinking Plastics – Circular Economy Solutions to Marine Litter’, shared the project progress updates on activities and relevant pilot projects to be conducted in the South East Asia region. Existing best practices will be up-scaled through a project fund.

Followed by a robust Question and Answer session, as well as post-webinar polling to map out possibilities for future cooperation, the webinar has successfully ended with a warm group photo.

About Malaysia and Penang

Malaysia’s Penang population stands at nearly 1.78 million as of 2020 with Seberang Perai as Malaysia’s 2nd largest city by population followed by Georgetown. It has among the nation’s highest population densities and is one of the country’s most urbanised states. Penang has been able to boast a buoyant economy over the last decade as its GDP grew steadily at 5.1% in 2018, outpacing the national growth rate of 4.7%. 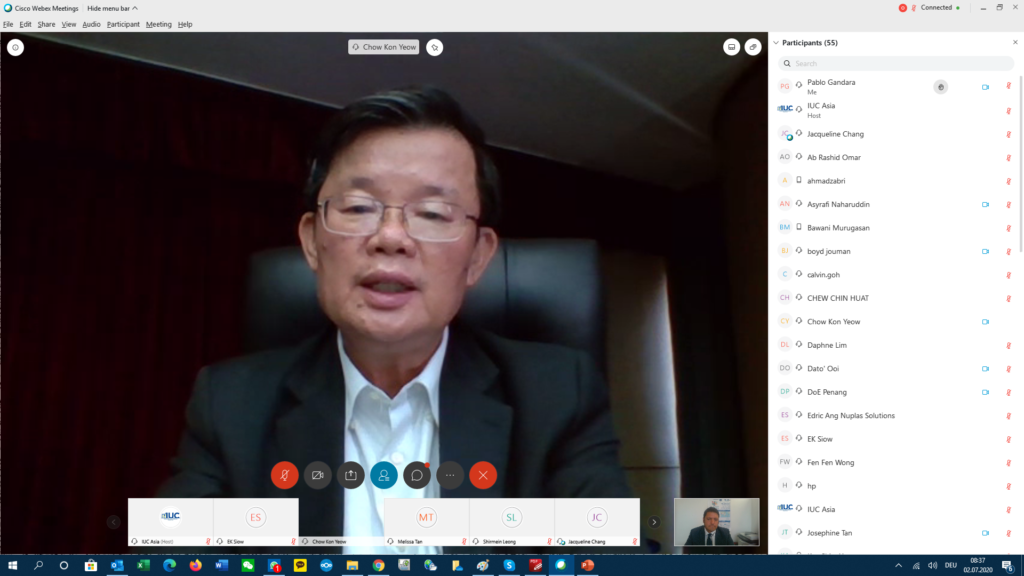 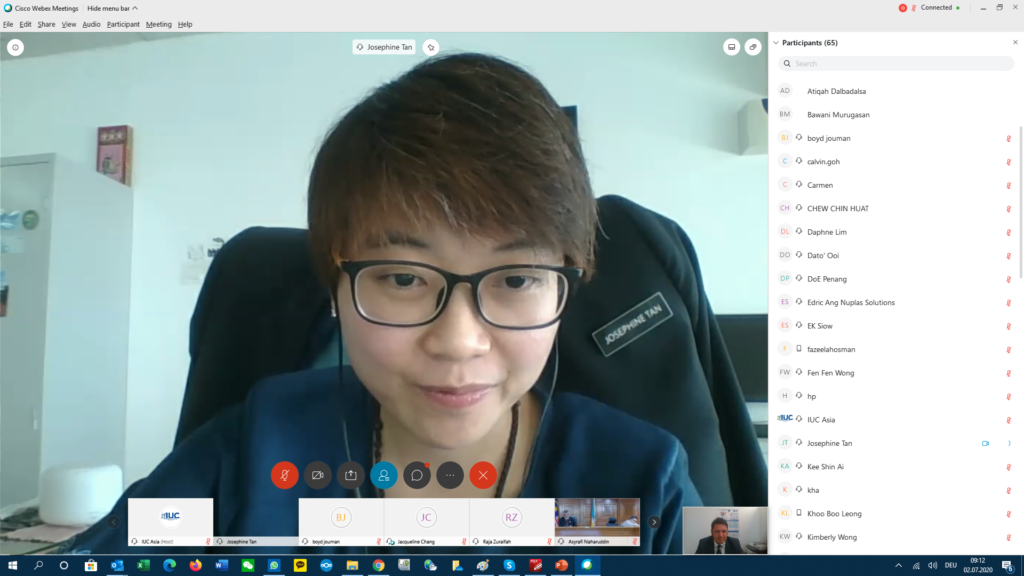 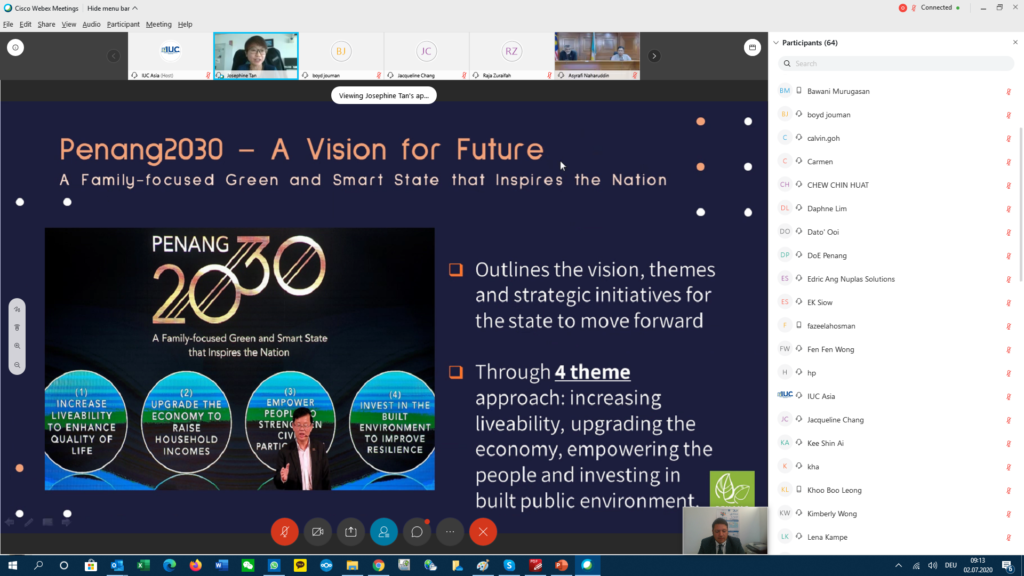 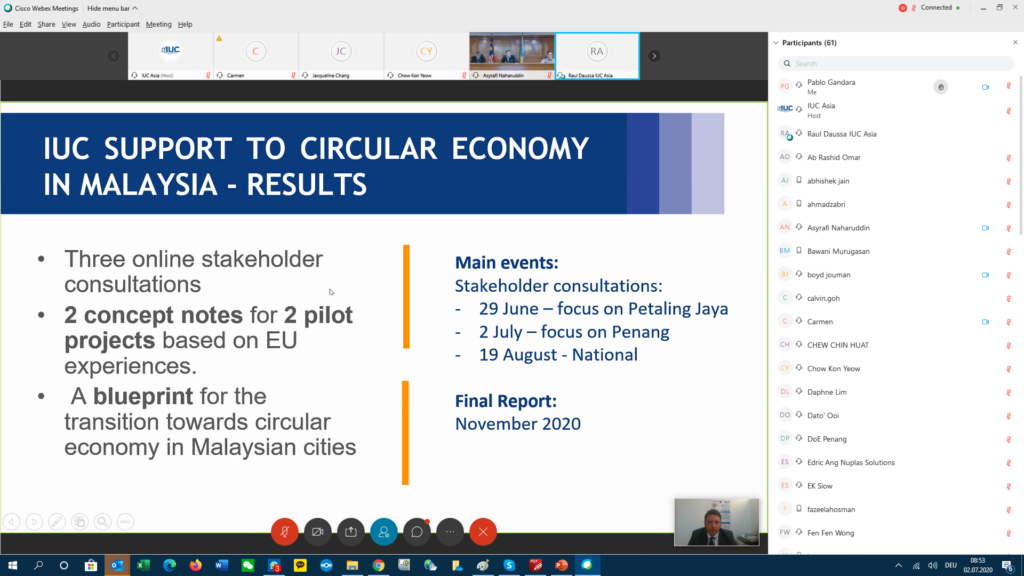 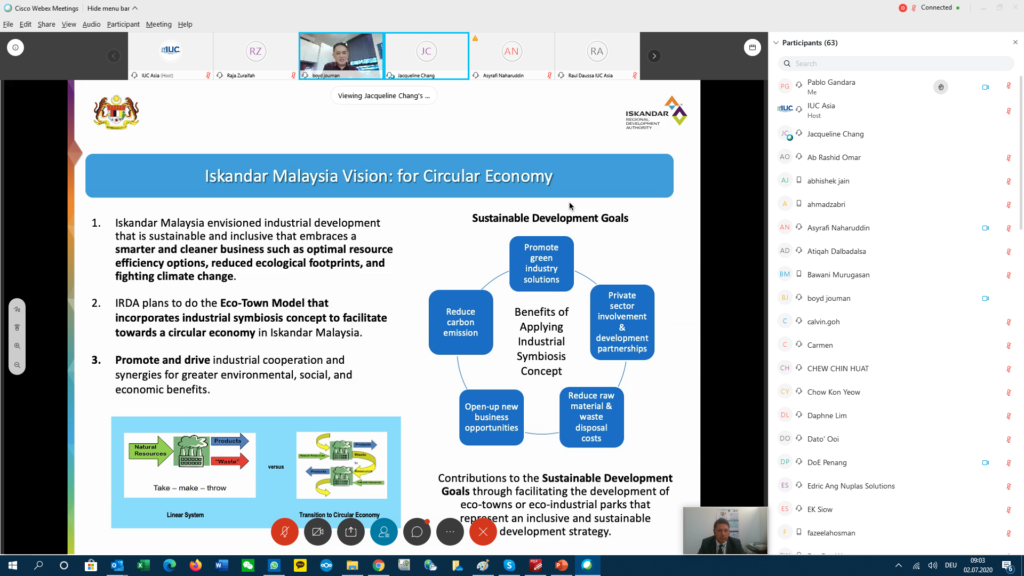 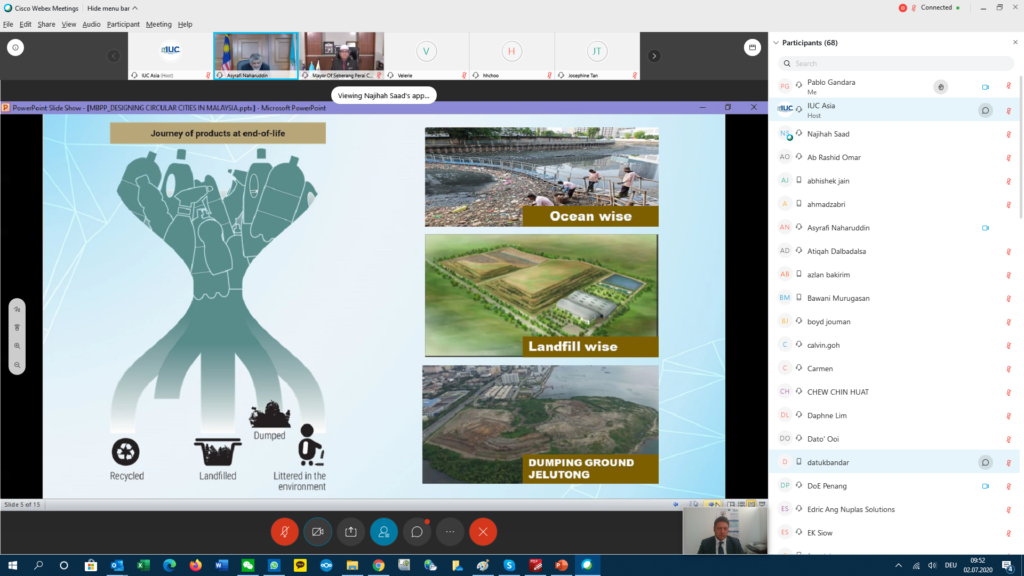 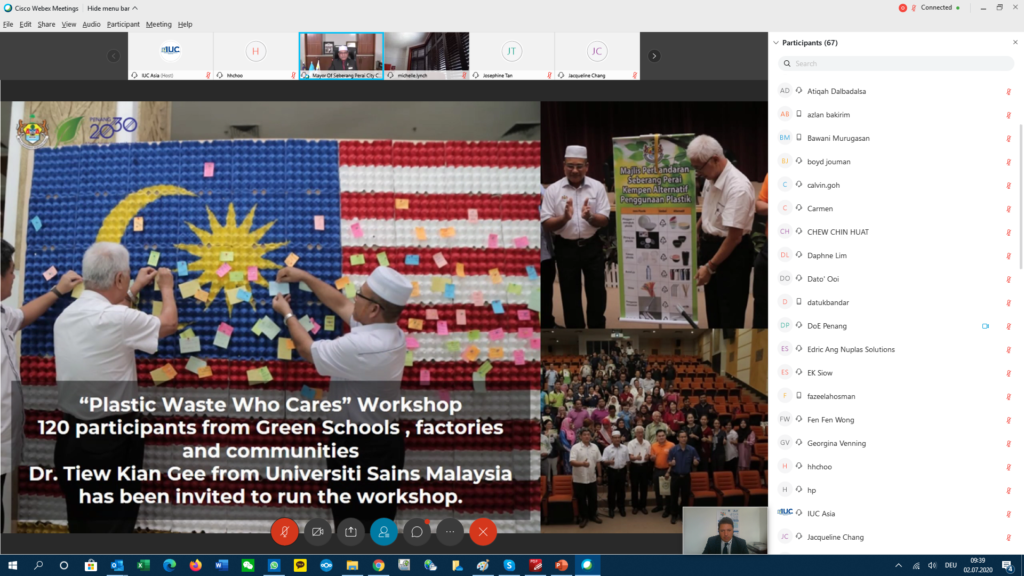 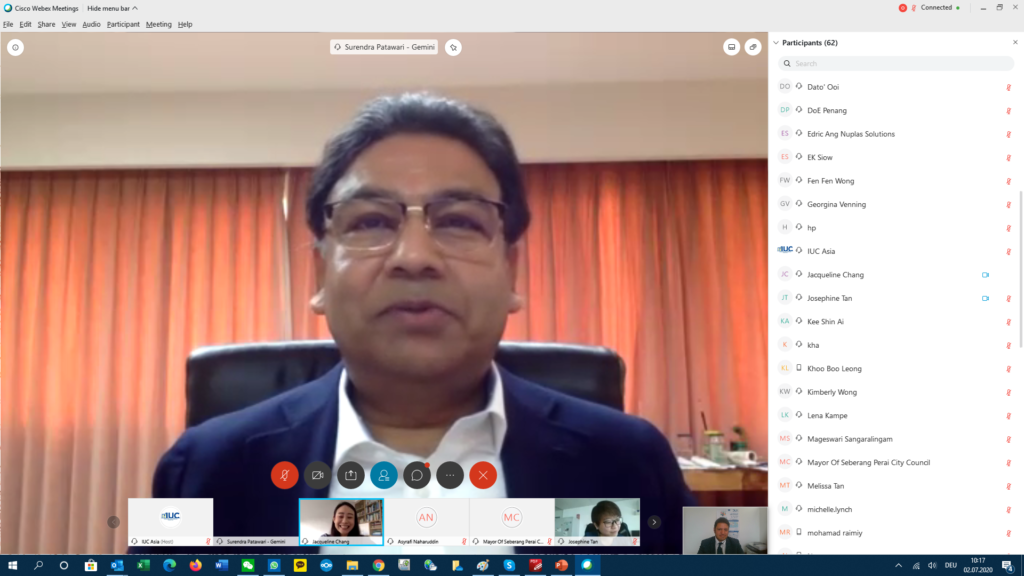 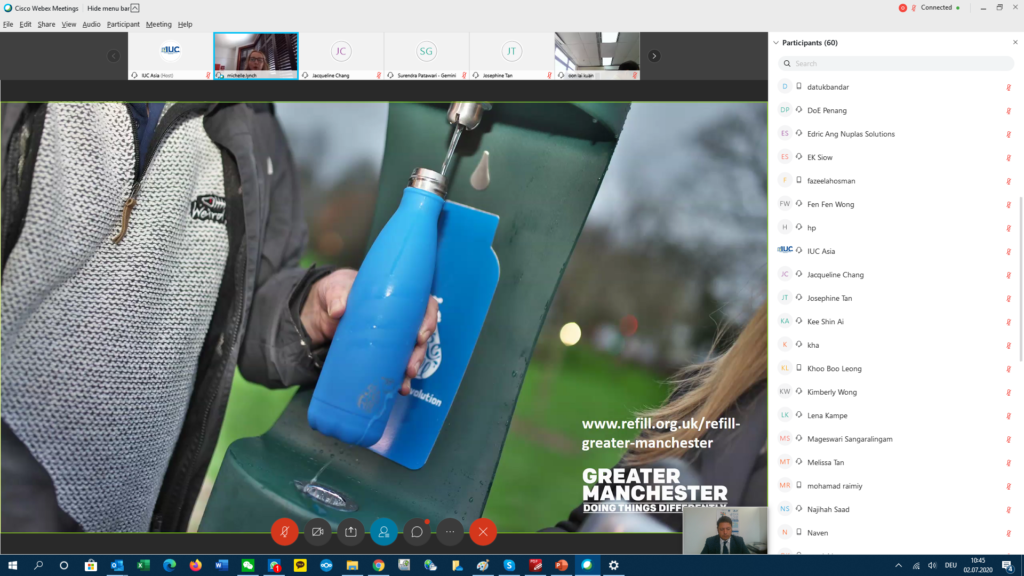 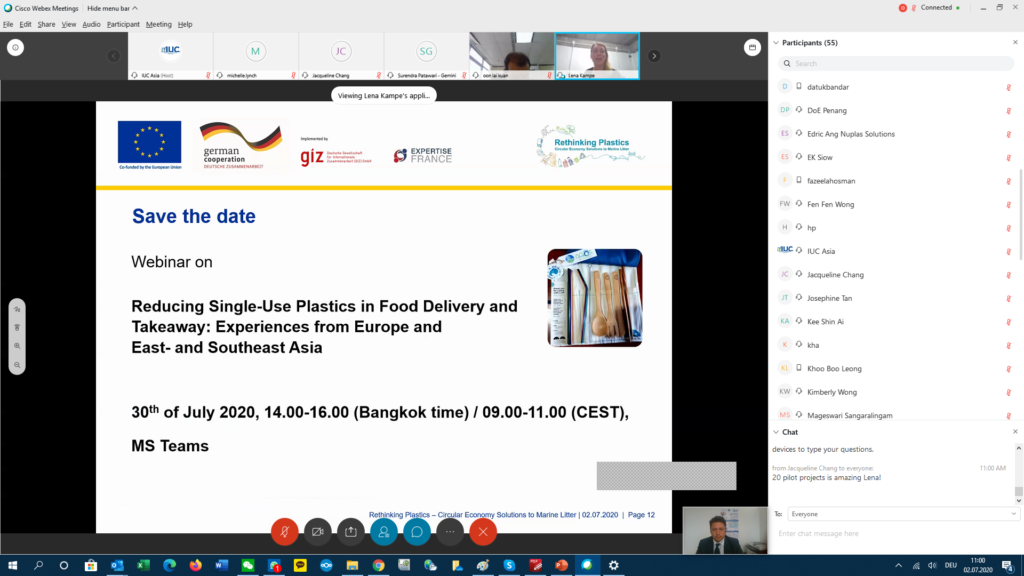 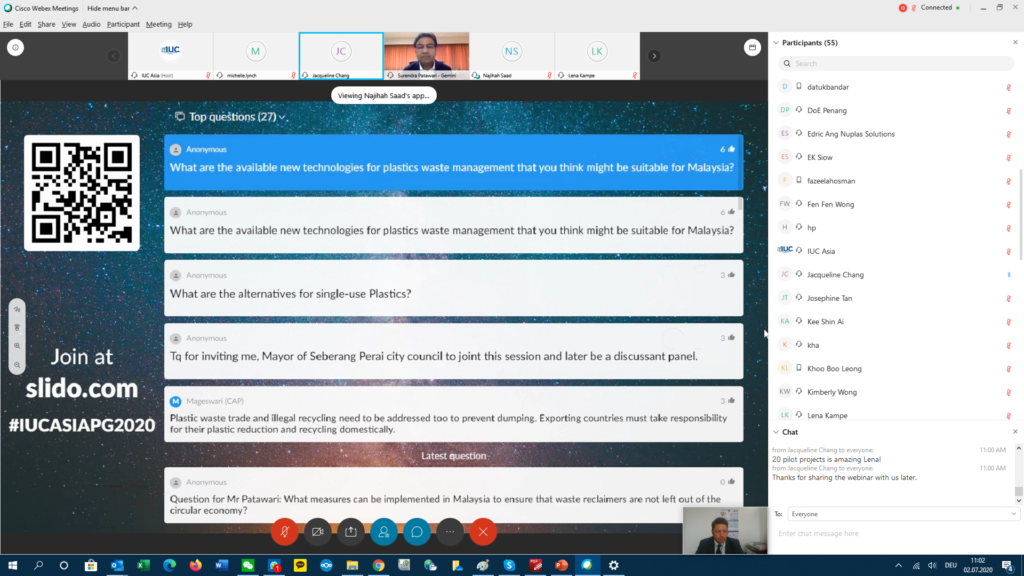 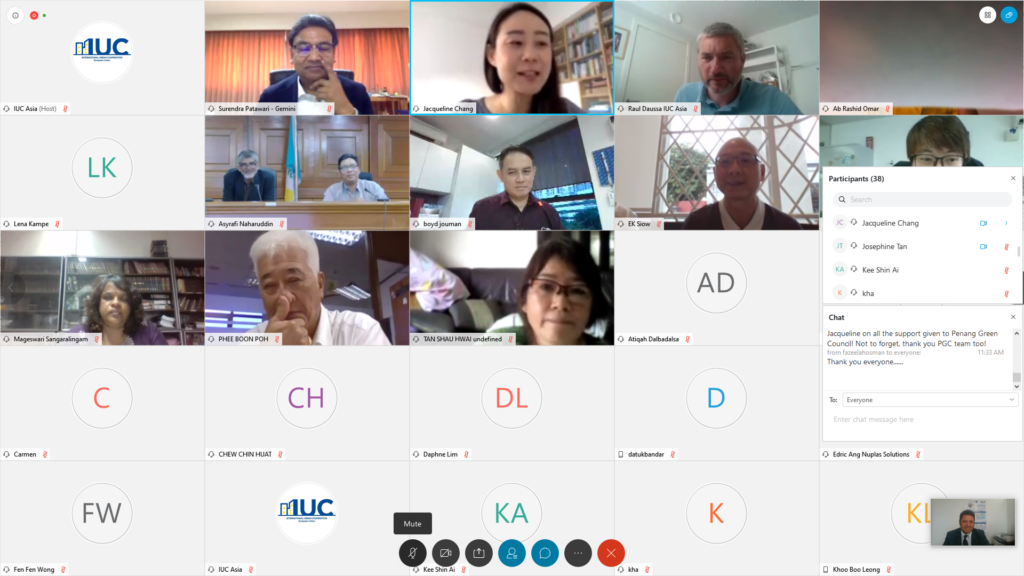 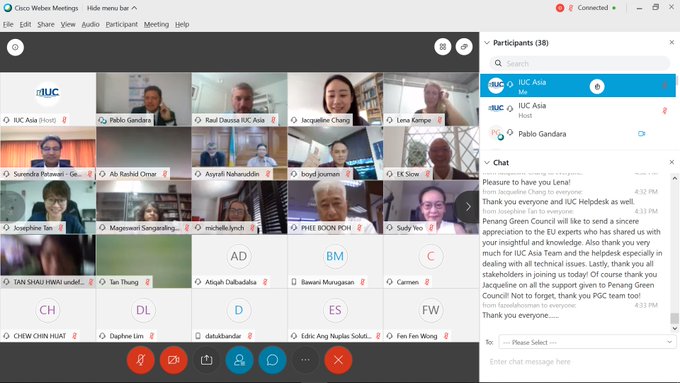