The IUC Asia team, in coordination with China’s National Development and Reform Commission (NDRC), held a start-up workshop for the Chinese pilot cities in Beijing on April 24. The purpose of the workshop is to brief Chinese cities on the background and methodology of the IUC project, to help them better participate in the coming activities and land concrete cooperation results under the project.

“The IUC project has great strategic importance, as the European Union usually does not have many chances to work with cities, especially with Chinese cities,” Ms. Natividad Lorenzo, Programme Manager of the EU Delegation to China, explains when delivering the opening speech. “This workshop offers a unique opportunity for the Chinese pilot cities to know more about the IUC project, also for our project team to listen to the interests and concerns from cities. This will help us overcome possible obstacles to support each other.”

Mr. PENG Shicheng, Division Director from NDRC Regional Economy Department, attended the event and delivered a speech. Recognizing the IUC project as an important platform for EU-China cooperation on sustainable urban development, Mr. PENG encourages Chinese pilot cities to grasp the opportunity to draw upon advanced experiences from their European counterparts. He also points out the importance of a long-term mechanism to foster the city-level cooperation in areas including social and economic development, people to people exchanges, as well as trade and investment.

Mr. Pablo Gándara and Dr. Steven Shi, two experts on behalf of the IUC Asia team, briefed the audience on the background of the IUC project, the potential of EU pilot cities to cooperate with, the suggested cooperation areas and projects, as well as the methodology for fostering the cooperation (Local Action Plans). The alignment between cities’ interests and the Sustainable Development Goals of the New Urban Agenda is stressed. Last but not the least, the importance of a smooth coordination and communication mechanism within the pilot city is highlighted as the basis for the successful implementation of the project.

Zhengzhou and Chongqing, pilot cities from last year, shared their experiences at the event. After a series of visits, workshops and work meetings held by IUC Asia team last year, the two cities managed to find potential concrete projects, most of which are progressing well at this moment, including connectivity projects under the “Belt and Road” initiative, smart city, port, education and training, health care, etc.

Then each of the new cities this year shared their thoughts regarding the IUC project, especially the cooperation areas of interest and the support they expect from the IUC Asia team. Ecological protection, green technologies, international education and vocational training, smart city, advanced manufacturing, culture and tourism are the main areas mentioned by the cities, on top of which each city also has other focus. For instance, Haikou, as the capital of Hainan province, recently endorsed by the Chinese central government to build a Free Trade Port, is making a lot of efforts to improve its services for international tourism and high-end health care. 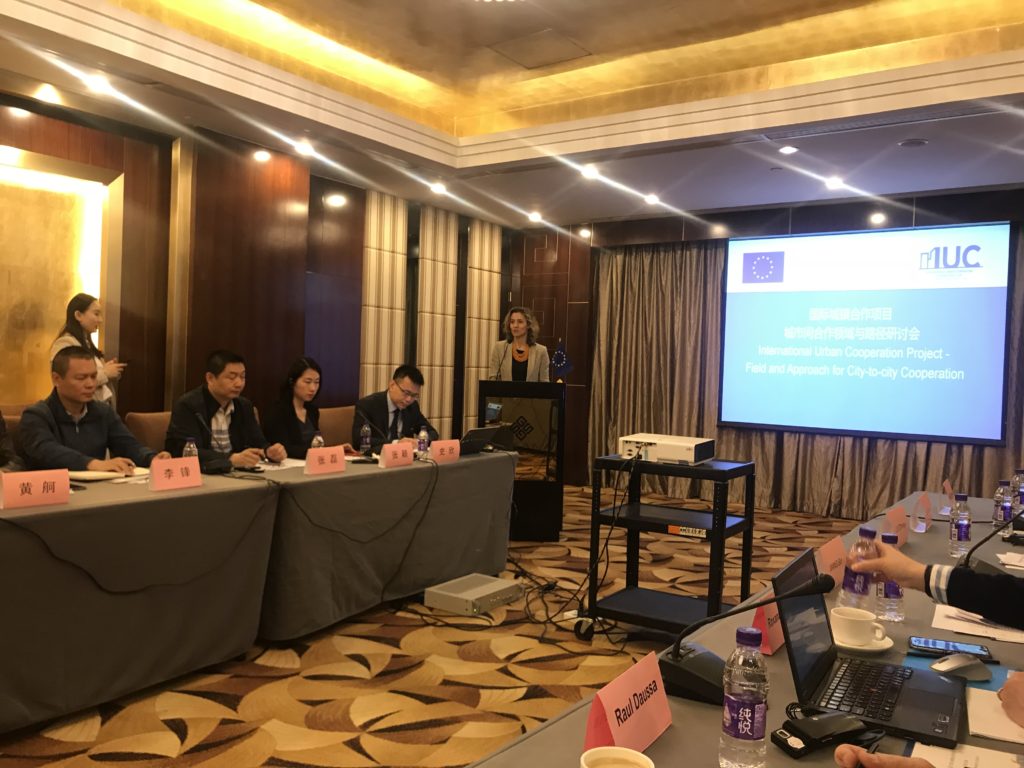 Key note by Natividad Lorenzo from the EU Delegation to China 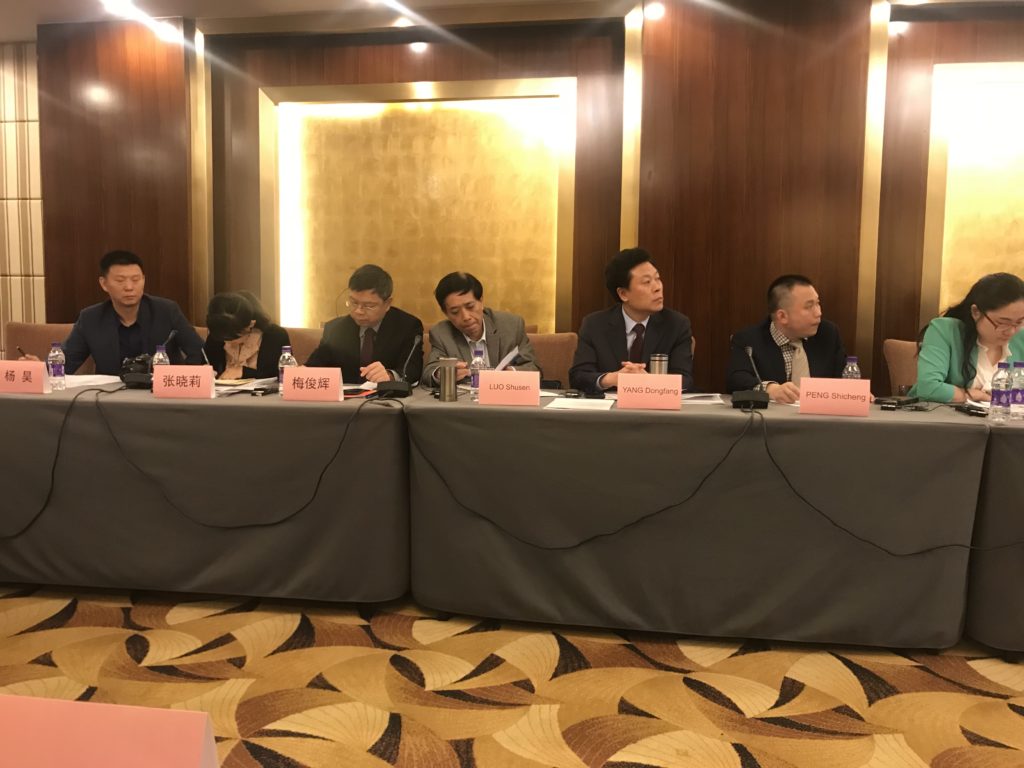 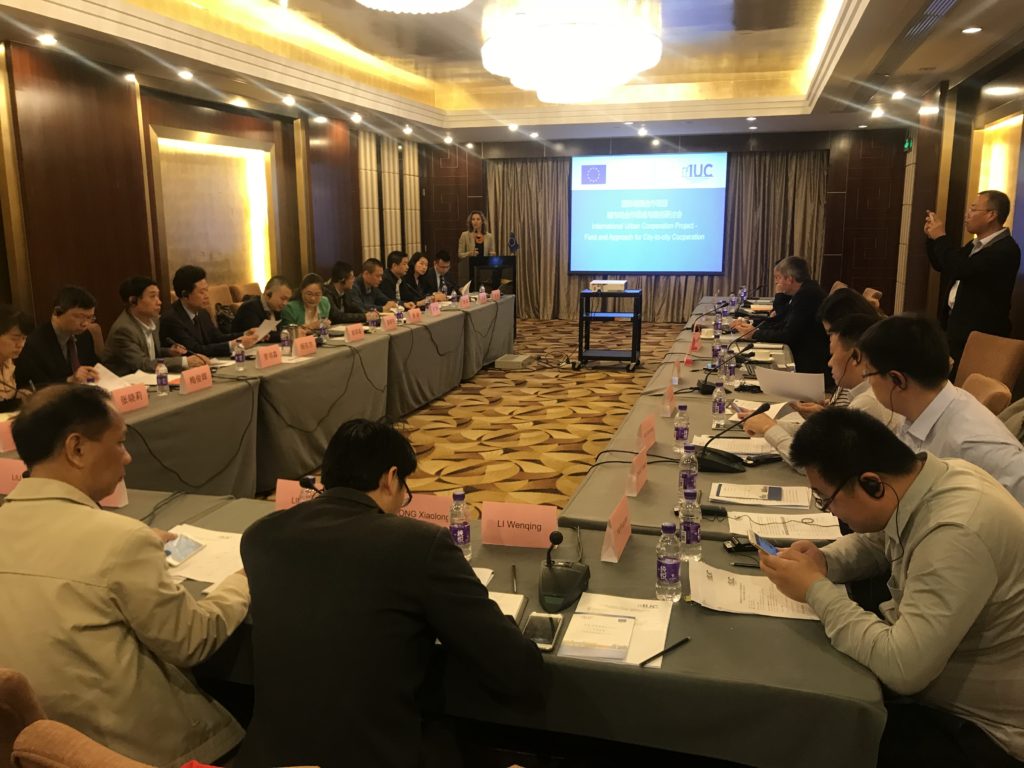 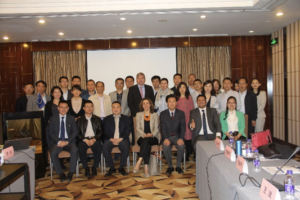