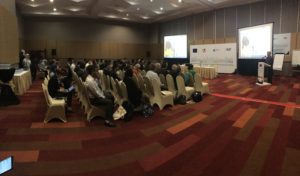 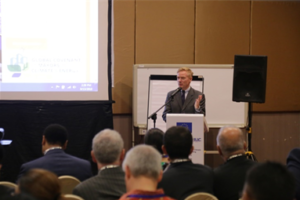 The launch event was attended by over 100 participants from Asian and European cities. Six Indonesian cities (including Padang, sukabumi, Tj. Pinang) signed-up to the Global Covenant of Mayors, expressing their will to promote their local climate action. 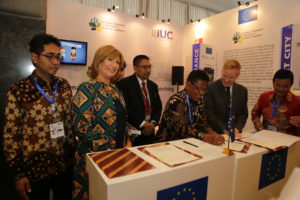 The event was opened by the Mayor of Surabaya, Mrs Tri Rismaharini, as well as by the Director Generals of the Ministry of Environment and Forestry of the National Government. 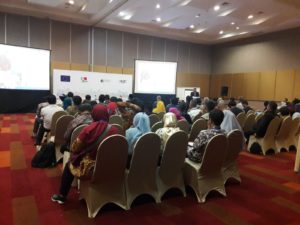 Alongside with EU Ambassador to Indonesia and Brunei Darussalam, Mr. Vincent Guerend, the UCLG ASPAC President – Mr. Wan Hee-Ryeong – emphasized the importance of climate change awareness to the civil society.

The Government of Indonesia was represented by the Ministry of Environment and Forestry  (MoEF). Director Generals Mr. Ruandha Agung Sugardiman and Mr. Agus Justianto (responsible for of Climate Change and Research respectively) provided statements related to the MoEF policy on energy and climate change and expressed their support to the GCoM initiative in Indonesia. 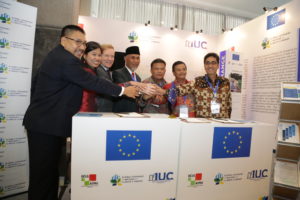 Ms. Elise Abbes, Regional Coherence Officer from the GCoM Secretariat, explained the GCoM general setting and the support provided to the cities. 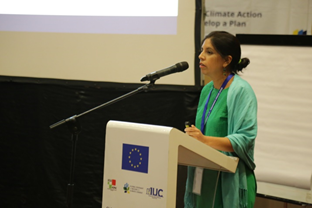 Mr. Michel Mochiroud from the European Union Foreign Policy Instrument in Asia Pacific explained the support provided by the EU through the International Urban Cooperation (IUC) Project for the implementation of the GCoM initiative in South East Asia. 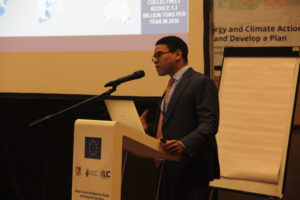 During a panel discussion, experts from CDP, UN Habitat, Gwangu, Iskandar, Makassar, Lisbon and the IUC shared their experiences on climate action. 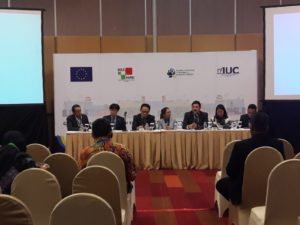 The launch event took place during the UCLG ASPAC Congress, at which the EU Ambassador H.E. Vincent Guérend delivered a key note. 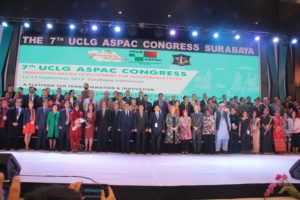 Media coverage was widely achieved during the launch event. 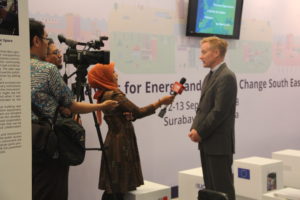