The IUC ASIA Programme participated at the Seventh Asia-Pacific Urban Forum (APUF-7), held in Penang, Malaysia, from 15-17 October 2019. The programme organised a series of activities including:

The IUC Asia programme also supported the UNESCAP in co-authoring and publishing  The Future of Asian and Pacific Cities 2019: Transformative Pathways Towards Sustainable Urban Development.

The European delegation was led by Dr. Rudolf Niessler, Principal Advisor for International Relations at the DG REGIO of the European Commission.

The report of the APUF is available here: APUF-7Report(final)-compressed

The aim of the APUF-7 is to mobilize partners from across the region to focus on accelerating implementation to achieve a sustainable future for cities throughout Asia and the Pacific. APUF-7 brought together a diverse array of cities, expert speakers and thought leaders who are shaping the region’s urban future. The flagship event takes place every 4-5 years, after the inaugural Forum in Bangkok in 1993. It is the largest regional gathering of key urban stakeholders from local and national governments, financial institutions, civil society, the academia, the urban training-research community and the private sector. Distinguished speakers discussed innovative solutions, identify common actions and objectives and strengthen effective partnerships to achieve sustainable urban development.

In 2019, the APUF-7 provided this unique platform to discuss and analyse the status, challenges and opportunities of the implementation of the New Urban Agenda, the Paris Agreement, the Sendai Framework for Disaster Risk Reduction and the 2030 Agenda in the region. APUF-7 also was the venue to launch The Future of Asia-Pacific Cities 2019 Report, developed by UN ESCAP and UN-Habitat in partnership with the European Union (EU), the Asian Development Bank (ADB), the Rockefeller Foundation, the United Nations Development Programme (UNDP), Singapore’s Centre for Liveable Cities and many others.

The EU organised the Leaders Dialogue on Urban Resilience, in which leaders from local and national authorities, civil society and grassroots organisations, academia, and business discussed the main challenges that Asia-Pacific cities are facing across the different dimensions of resilience (economic, environmental and climatic, social), and champion possible future solution pathways that can safeguard and accelerate the achievement of the SDGs.

The session was moderated by Michel Mouchiroud from the European Union’s FPI, who introduced the Resilience Chapter of the Report: Resilience suffers from the “catch-all syndrome” as it seems to cover every aspect of urban governance and thus requires Strong leadership and involvement of many actors. This may impede actual action and maintain siloes.

Mr Mouchiroud referred to the track record of the panelists as policymakers, business and solutions developers, or government officials. This shows that there are already many plans and actions being done and that a lot of thought is put to find pathways that increase resilience and address urgent challenges with a vision to mitigate, adapt and transform them into concrete results for the sustainability and future of our cities.

Mr Mouchiroud asked the panelists to explain their experiences, especially as a source of inspiration for others, in order to be able to draw from good practices, identify difficulties. He emphasized the importance of resilience as the connector between all policies that point to rethink cities into safe, sustainable and prosperous environments.

Rudolf Niessler, Principal Advisor to the Director-General for Regional and Urban Policy, European Commission delivered a presentation about resilience in the European Union. He mentioned that more than two-thirds of the European population live in urban areas, however only 7 percent live in urban areas over 5 million inhabitants. The EU has a predominantly polycentric urban system, with territorial cohesion at the heart of EU regional and urban policy. Dr. Niessler explained that cohesion policy is backed by the main instruments of EU investment policy, including the European Regional Development Fund and the European Social Fund. He mentioned that the EU urban development policy is guided by a specific Urban Agenda for the EU and by the United Nations’ Sustainable Development Goals (SDGs).

According to Dr. Niessler, Nearly half of European Regional Development Fund, EUR 115 billion, is being spent in cities, out of which EUR 17 billion (8%) implemented locally through integrated urban development strategies managed directly by cities. This is underpinned by the URBACT programme to promote city-to-city cooperation and learning.

Dr. Niessler introduced the 14 priority themes of the EU Urban Agenda and stated that they are coherent with the United Nations New Urban Agenda and with the SDGs. Dr. Niessler explained that the integrated urban development strategies are developed by cities addressing economic, environmental, climate, demographic and social resilience challenges. Moreover, the EU has developed a holistic approach to resilience, in which a Multi-Level Governance scheme facilitates transition processes in the cities. Achieving resilience is a continues process that connects Bottom-up initiatives with Top-Down policy making

Dr. Niessler also introduced the IUC programme to the wider audience. Participating cities are supported to: 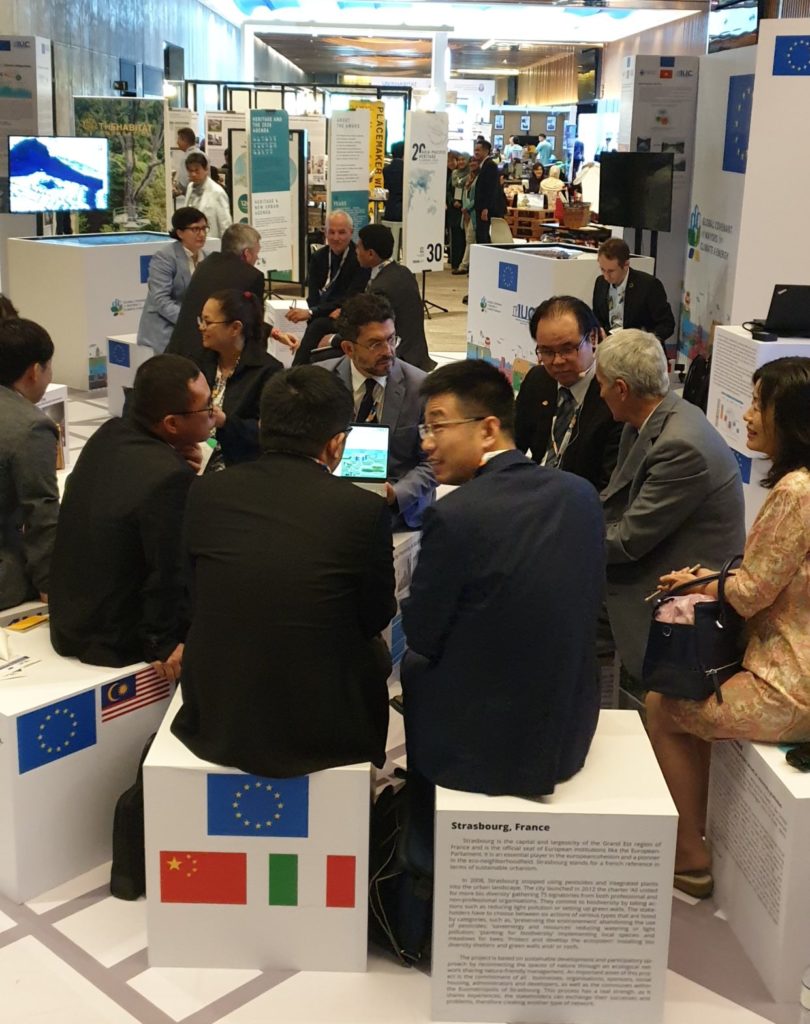 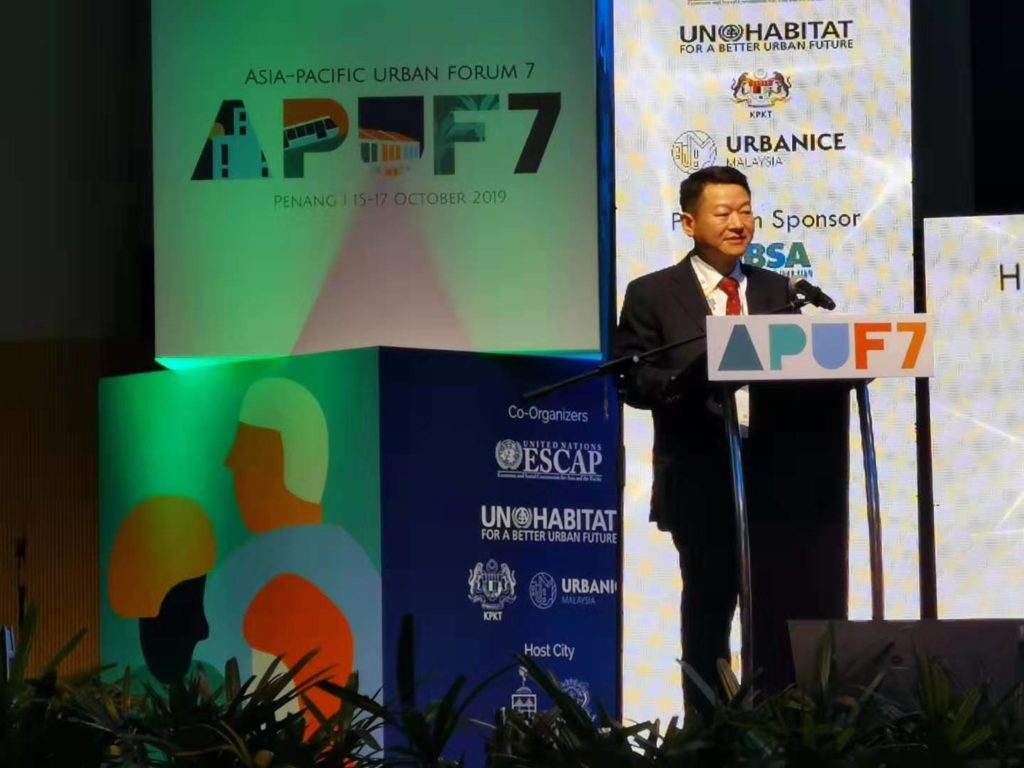