The IUC project and the National Center for Climate Change Strategy and International Cooperation (NCSC) co-organized the sub-forum “Chinese Low-carbon Pilot City Forum” with the support of China’s Ministry of Ecology and Environment (MEE). The event took place on 23rd October in Zhenjiang back-to-back to the 4th International Low-carbon Conference and included the participation of more than 80 representatives from the 3rd batch of NDRC’s Low-Carbon Cities Programme, selected and endorsed by NDRC in 2017.

The forum was opened by Mr. Sun Zhen, Deputy Director-General of the Department of Climate Change at the MEE and the Executive Deputy Mayor of Zhenjiang, Mr. Yi Yuqian. Also, Pablo Gándara, Team Leader of the IUC delivered an opening speech.

In the panel session chaired by Mr. Xu Huaqing, Director-General of NCSC, a detailed discussion has been made with regard to the implementation of the low-carbon strategy in each of the 3rd batch low-carbon pilot cities, focusing mainly on following topics:

Each of the 3rd batch low-carbon pilot city introduced its achievement and challenges by implementing the low-carbon strategy, which serves as a solid base for IUC project to conduct targeted follow-up actions on the individual city level.

This sub-forum was attended by about 80 participants from different Chinese cities, institutional representatives, academic experts and businesses. 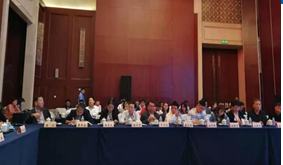 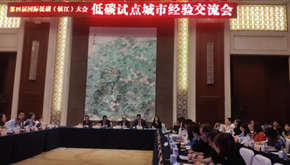