Vietnam: Can Tho Enhances Capacity in Climate Change Mitigation

The Paris Agreement recognises the role of non-Party stakeholders in addressing climate change, including cities. Part of the role of the IUC-Asia is to create opportunities to promote enhanced, strategic and sustained approaches supporting transformational change and enabling cities’ stakeholders to build the capacities needed to mitigate and adapt to climate change.

Supported by UN Habitat and CDP, the IUC-Asia have assisted Can Tho in a series of three capacity building workshops in developing its Climate Action Plan (CAP). The subject of first and second workshop was the Introduction of CAP formulation and Adaptation Planning, respectively. The third workshop on Climate Change Mitigation  was carried out on 27 May through a virtual meeting. This was designed to improve practical understanding of city level Greenhouse Gas (GHG) emissions, inventories and actions. This enables cities to be able to take actionable steps in implementing mitigation concepts.

The first section of workshop described the details of GHG inventories included GHG accounting principles, notation keys, inventory boundary, emission sectors, and reporting requirements.  The notation keys introduced a disclosure practice which can help cities fulfill these principles. An inventory boundary identified the GHG, emission sources, geographic area, and time span covered by a GHG inventory. The inventory boundary was designed to provide a city with a comprehensive understanding of where emissions are coming from as well as an indication of where it can take action or influence change. Measuring GHG emission is important because it can identify emission sources and reduction opportunities. An inventory helps to set mitigation targets and develop action plans. By completing a baseline GHG emissions inventory, municipalities have a reference point to track energy and emissions over time. Future inventories can be compared against this baseline to measure progress of emissions reduction strategies.

In section two, GHG emission reduction target was discussed and the nine requirement categories were highlighted. The requirements comprised of boundary, target type, target year, base year, baseline emissions, ambition, units, transferable emissions and conditionality. Regarding target type, a city can choose one of the four options, namely: base year emission goal; fixed-level goal; base year intensity goal and baseline scenario goal. It was stressed during the workshop that the target year should be shall be the same as, or later than, the target year adopted in the NDC or Regional/National Covenant. The Vietnam’s NDC presented two mitigation scenarios: the unconditional contribution, which aims to reduce GHG emissions by 8% from baseline as usual (BAU), and the conditional contribution, which aimed to reduce them by 25%.

The last section provided the overview of some practices of mitigation actions varied by specific sectors. The participants identified the city’s actions currently being developed included building codes and standards, on-site renewable energy generation, finance and economic development, recyclables and organics separation from other waste. LED/CFL technology and improvement of bus infrastructure, service and operations were recognized as feature city’s initiatives. 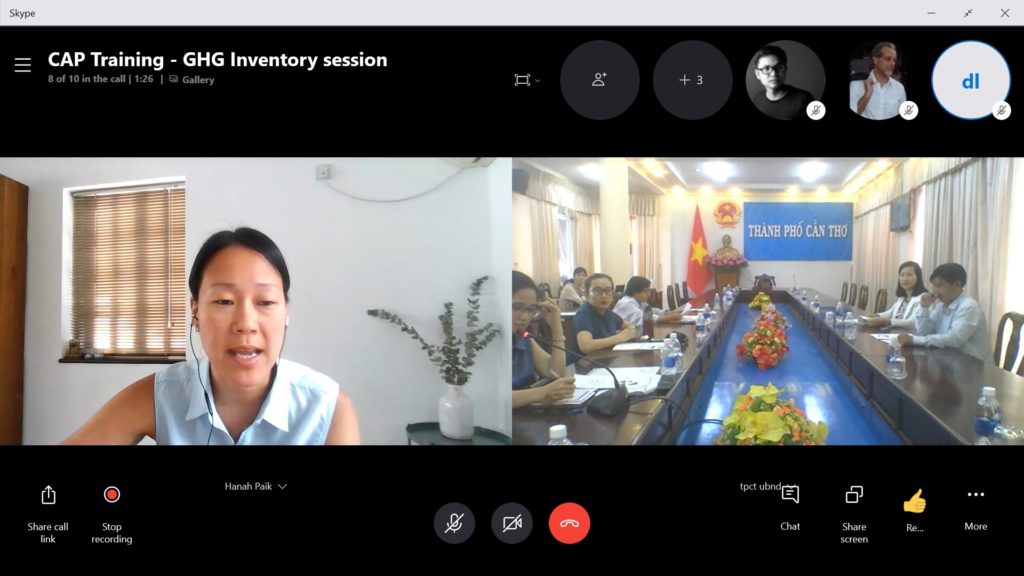 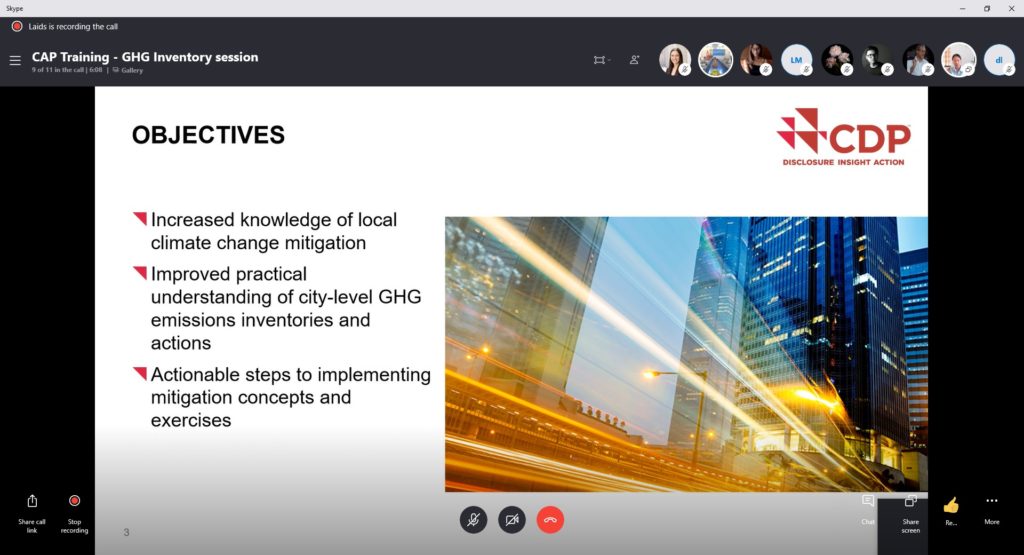 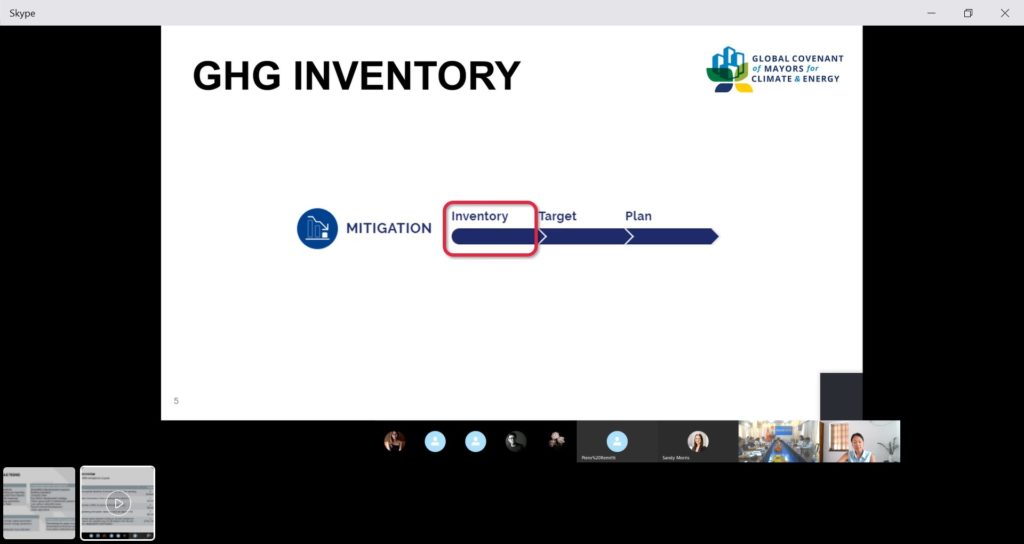 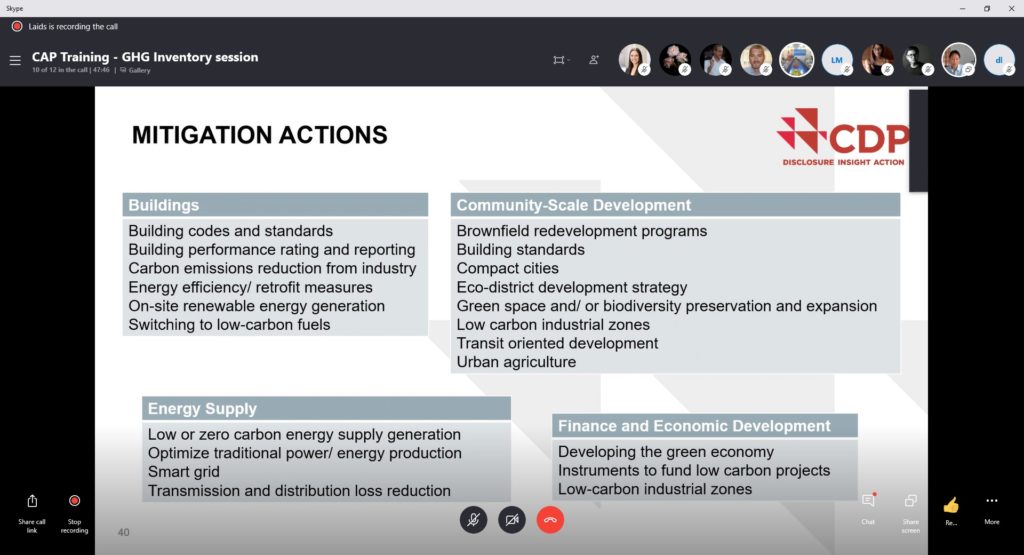 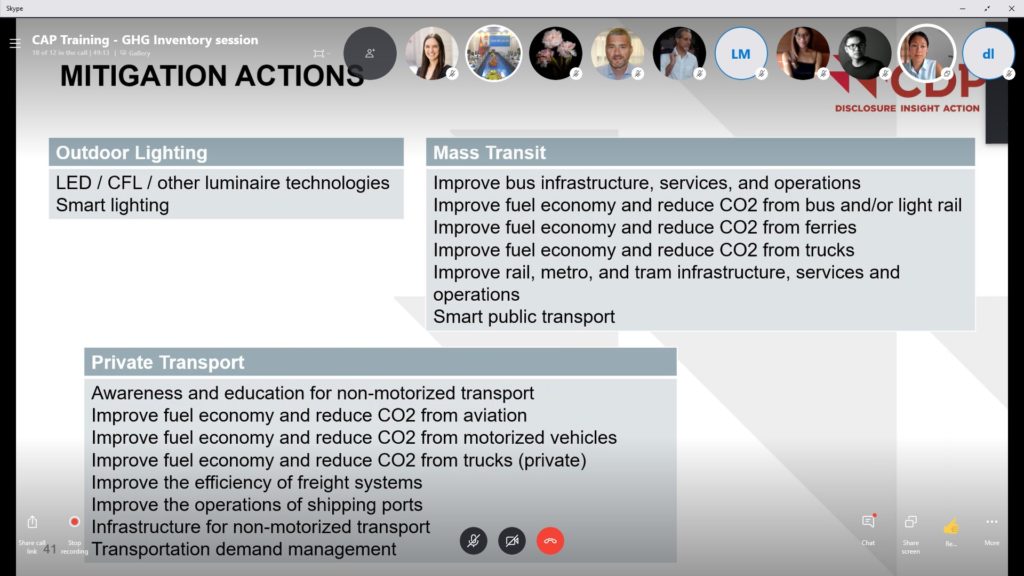