A high-level NDRC delegation from China visited Mannheim on Monday 13 November 2017. An MoU between Mannheim and Chongqing was signed.

The signing is part of the agenda of an over-20-people Chinese delegation during its two-day visit in Mannheim. The delegation comprises of delegates from National Development and Reform Commission (NDRC) and five Chinese pilot cities joining IUC program this year: Chongqing, Zhengzhou, Shantou, Longyan and Changchun.

This MoU reflects the intention of both cities to take the bilateral cooperation a step further, on the basis of strong political willingness and sound industrial foundation. Before this trip to Mannheim, representatives from both cities attended IUC Global Event in Brussels and introduced to a global audience the practices, vision and commitments to the bilateral cooperation.

The purpose of the MoU is to iterate the aim of promoting common development by conducting practical economic and trade cooperation, cultural and educational exchanges and other aspects, as well as making efforts to establish functional institutions from the private and public sector in both cities. Another important aspect is to proactively facilitate the establishment of a long-term cooperation and communication mechanism for reinforcing daily connections, working linkage, project coordination and information sharing.

During the trip, the Chinese delegation was also introduced to Mannheim’s smart production base and its network, robotic technologies applied in medical sector, its implementation of Sustainable Development Goals (SDGs) and its involvement in European Joint R&D Programs.

Mr. Specht welcomed the Chinese delegation and expressed his willingness to push forward its cooperation with Chongqing to a more concrete level, focusing on such sectors as Industry 4.0 (or Made in China 2025 on Chinese side), automotive, medical and logistics, etc. Mr. Specht also said that Mannheim will actively explore cooperation with other Chinese cities under the support of IUC program. 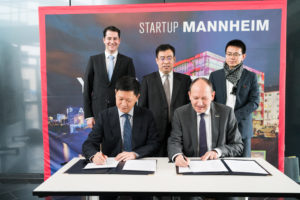 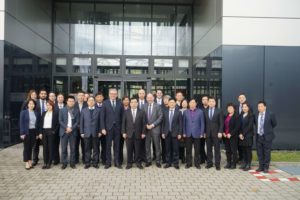 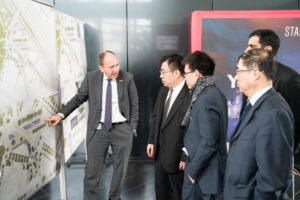 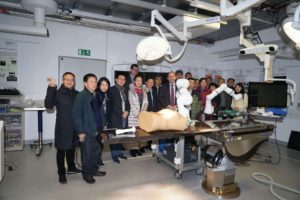