Today, the IUC team organised a meeting with experts of the European Union’s Foreign Policy Instruments in Asia to take stock of climate action in Korea at national and local level. The meeting was attended by Patrick Polacsek and Sunmi Lee from the EU Delegation to Korea as well as by Alexandra Lehmann and Michel Mouchiroud of the EU’s Foreign Policy Instruments (FPI). Sang In Kang and Pablo Gándara from the IUC team reported on IUC actions in several areas, inlcuding a) a synthesis report on climate action, and b) four review papers for Gwangju Metropolitan City, Chungnam Province, Gangwon Province and Yeosu City. Sang in Kang delivered a presentation on the synthesis report, including following chapters:

The report as well as the cities’ review papers include several recommendations for climate action in Korea, including training support to local officials to overcome limited information on local CO2 emissions’ breakdown from the national inventory, the need to cooperate with signatory cities of the Local Climate Emergency and Energy Transition Declaration as well as with Korean partners such as KECO, KACCC, ICEC, SHARI and KRIC. Experts discussed about the implementation of the Korean Green New Deal by local governments as well as the “Climate Act”, which is expected to be adopted by the Korean government in 2021. European Climate Law could be an interesting reference to the Korean national and local governments in this field. 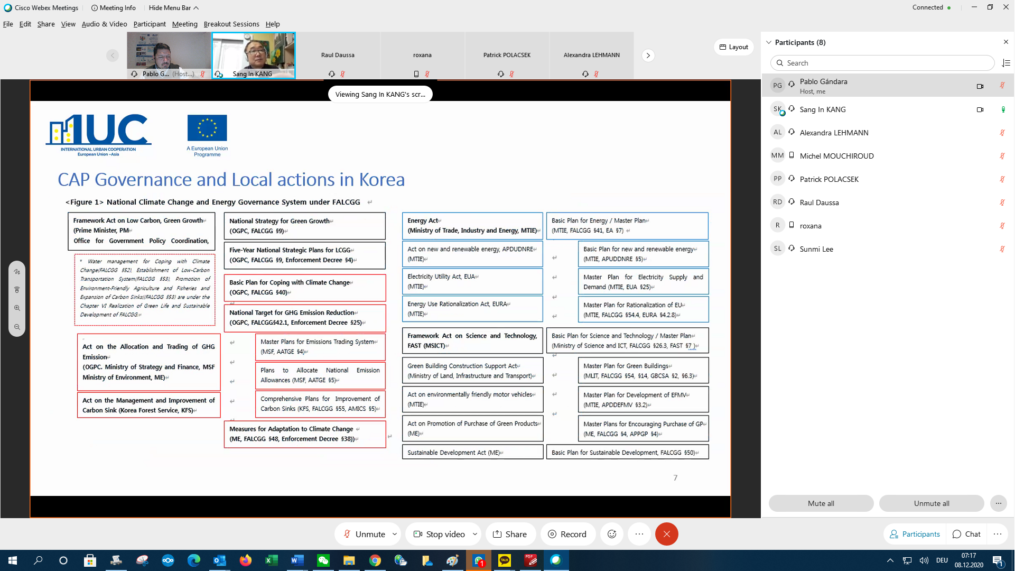 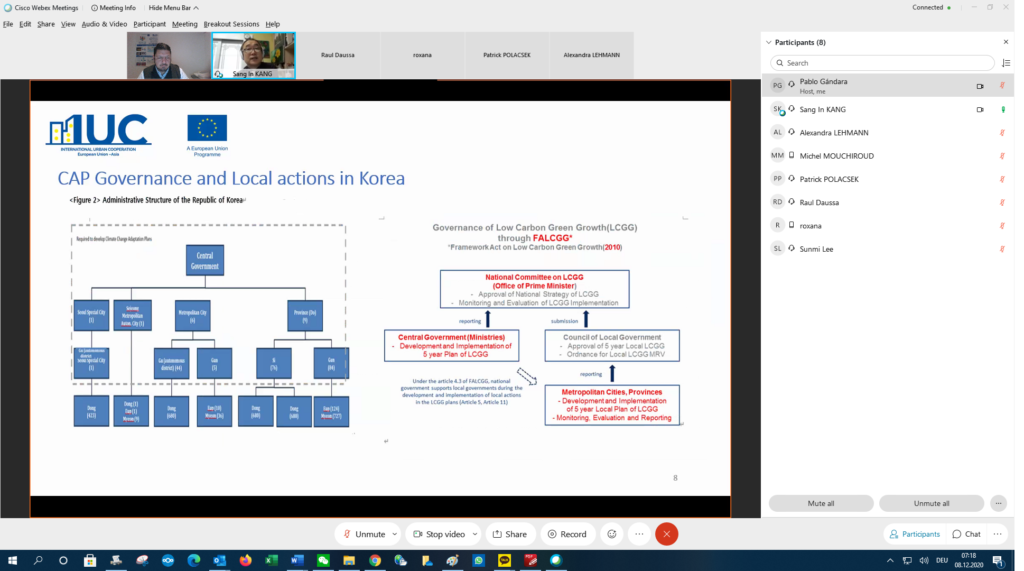 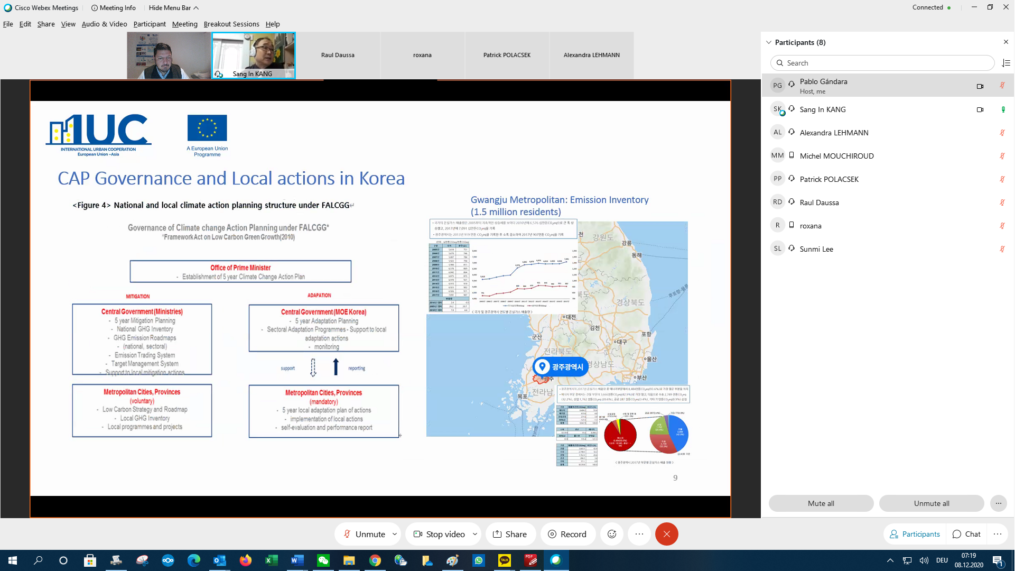 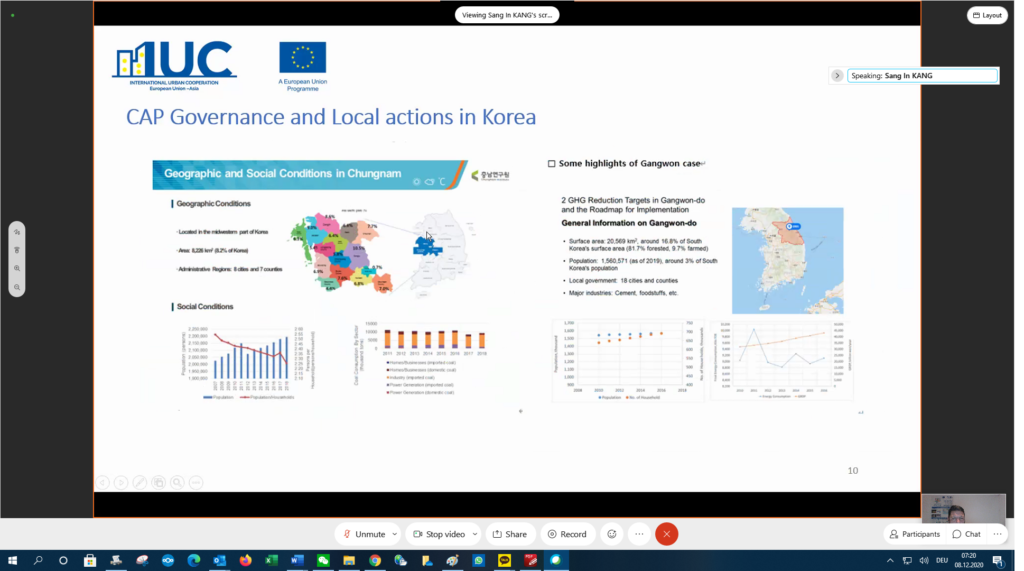 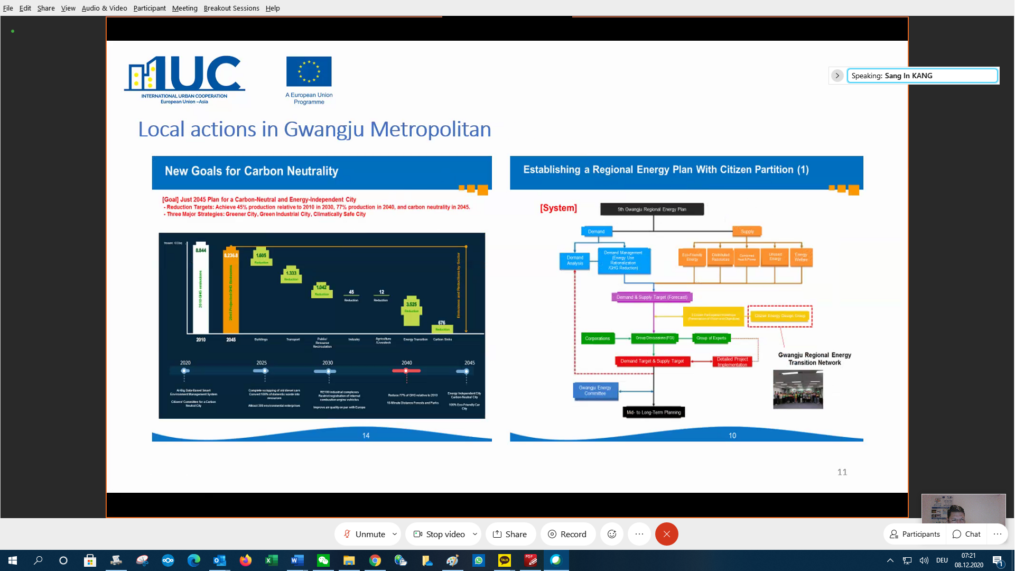 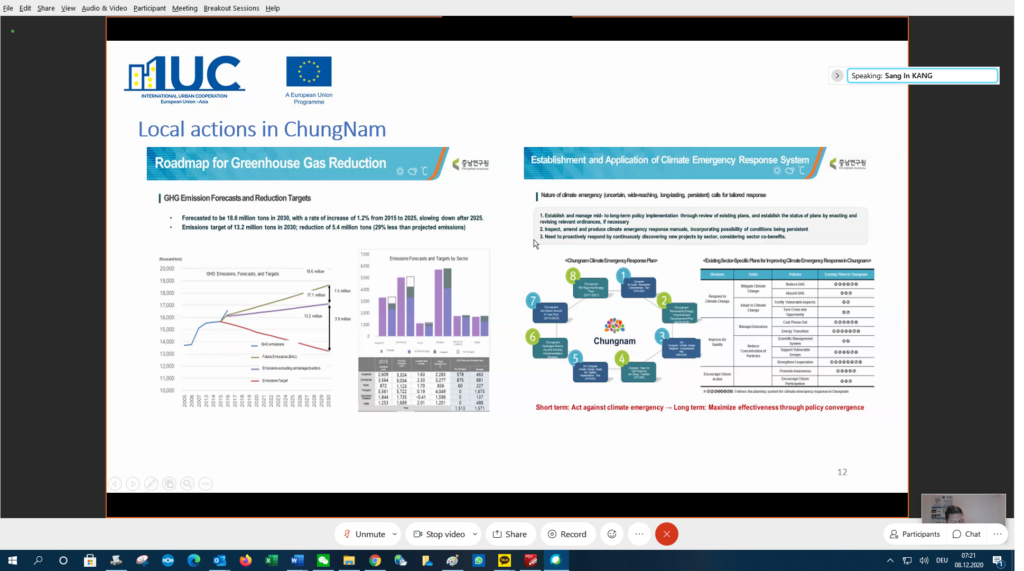 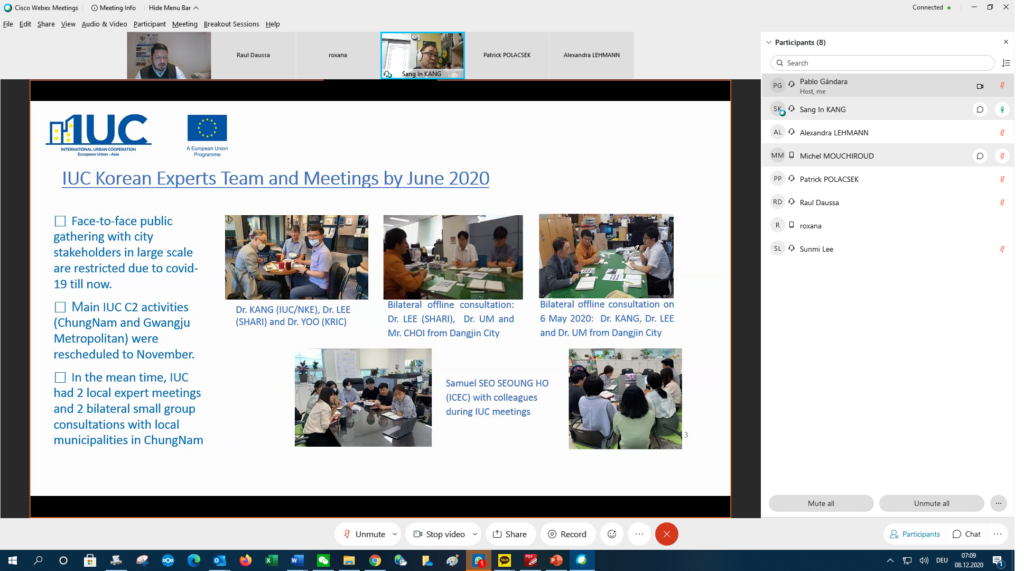 The meeting was also attended by Roxana Jensen and Raul Daussa from the IUC implementing team and consortium respectively.